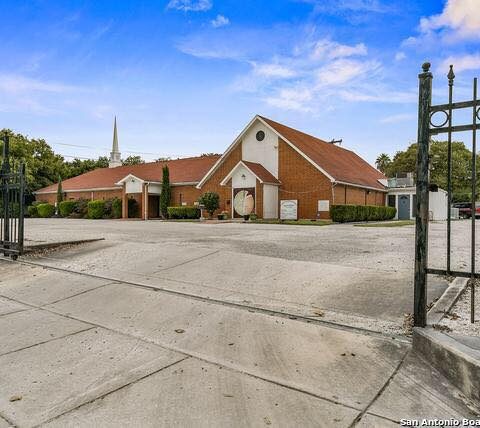 We believe we are to impact the lives of families in our community with the message of Christ who redeemed us with His blood and transformed lives through His Word.

​At CRCC, our purpose is to equip God’s people to delight in His presence through worship and praise, long for Christ’s return, and declare His name to the community.

So come as you are and join us in praising His holy name. 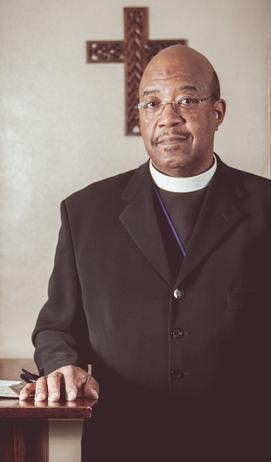 David Funches is currently Senior Pastor of Christ Redeeming Community Church (CRCC). Along with his lovely wife, Mamie Funches of more than 40 years, they began the ministry January 2010. Saved at an early, he quickly became a junior deacon in the House of God Church of New York City, NY. After serving faithfully, the Lord called him in to the ministry. As minister, he ran revivals and street evangelism where souls were saved and filled with the Holy Spirit. He was the youth minister at the local and state level of the House of God Church.

As an Elder at New Creation Christian Fellowship (NCCF), where Bishop David M. Copeland and Pastor Claudette A. Copeland were his pastors, he served faithful in several areas of ministries. He led and taught New Member’s Orientation; served and Pastoral Care Team leader and church board member. He received most of his ministerial training from NCCF. He attended the School of the Servant, Elder’s training and Oral Robert’s University at NCCF. It was there the Lord called him to another level of service, pastor.

The Lord used the United States Air Force to move him to various states and countries. During each move, God used him to play the piano, lead various choirs and preach the Word of God. He was stationed in foreign countries, such as Thailand and Japan. God has proven His faithfulness during his military assignments. 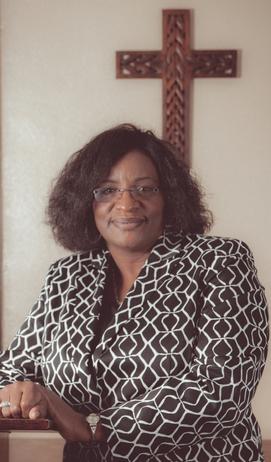 Pastor Mamie Funches is currently pastoring along with her husband, Senior Pastor David Funches, at Christ Redeeming Community Church in San Antonio, TX. She began Pastoring in January 2010, and has been in ministry since 1979. Co-Pastor Funches has traveled the country with her husband who served in the enlisted ranks of the United States Air Force for many years. She has served in ministry at various locations: New Jersey, New York, Omaha NE, Fussa–Shi Japan and most recently as an Elder at New Creation Christian Fellowship, San Antonio, TX for over 10 years.

Co Pastor Funches is currently a member of The Kingdom Council of Independent Christian Churches and Ministries in San Antonio, TX where Bishop David M Copeland is the Presiding Prelate. Pastor Mamie is passionate about Evangelism in the community and especially Women’s Ministry. She is a strong believer in the Power of Prayer. Her desire is that lives be changed for the better through Prayer, the Power of God’s Word, and the indwelling Presence of God in the lives of His people.

Christ Redeeming Community Church began on January 3, 2010 here at 13777 Judson Rd., Ste. 111. Pastors David and Mamie Funches, having answered God’s call, began this ministry to meet the spiritual and physical needs of the Community. Our church name derived from Ephesians 1:7-8, “In whom we have redemption through his blood, the forgiveness of sins, according to the riches of his grace; Wherein he hath abounded toward us in all wisdom and prudence”.

Our first service began with 9 official members. The Lord met and blessed us in every Sunday service and Wednesday Night Bible Study where we’re taught the true and unfiltered word of God. In October 2010, Christ Redeeming was recognized as an official 501(c)3. As the ministry grew, so did the community outreach. Outreach ministries included clothing drives, computer training, Food Bank, Thanksgiving baskets and more. In correlation with our church growth, board members were elected to encourage the Pastors in the fulfillment of the vision and purpose God ordained for this house.

Over the last few years additional families joined their hands with our hands to make a difference in the lives of others. As Christ Redeeming continued moving forward to advance the Kingdom of God, God continued to bless us to be a blessing to the community both naturally and spiritually. Some of the blessings have been through unseen and unknown avenues such as the Youth Community Activities, Jailhouse Ministry, Media Ministry and Pastoral Care. These led us to our first Baptismal Service on August 11, 2013.

As we continue to walk out the vision of this ministry, which is “to impact the lives of families in our community with the message of Jesus Christ who redeemed us with His blood and transforms lives through His word”, we look ahead into the future with anticipation and expectation to advance the Kingdom of God one community and one family at a time.